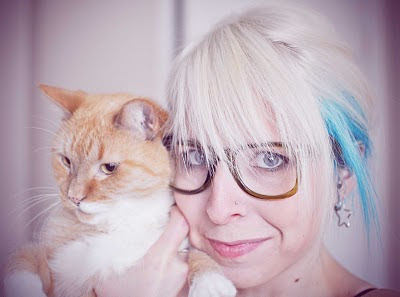 i'm a few days late...but September 23rd was anakin's estimated birthday. he turned 4! yikes! here is the story of how we got anakin. (warning...it is kind of long)

ivan and i got anakin from petsmart (they bring different spca pets there each month) on january 23 2007. i had always been more of a dog person since i had a rottweiler growing up. however, living in an apartment and spending a lot of time at school i didn't think a dog was a good idea for us...and there was no way i could talk ivan into one, haha.

my friend and i liked to take the bus up to ancaster and go to winners and petsmart instead of studying or going to class...oops, we were bad. 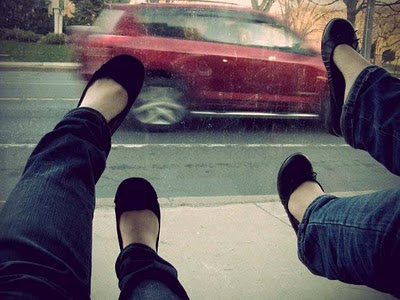 i had always loved orange cats...then one day we walked in to petsmart and there were TWO super cute orange kitties. one was in a cage with his mom and the other one was all by himself. i said: i neeeeed one of those cats. we had plans to go to the movies that night with ivan so we took him to petsmart first and he agreed to get a kitty! we had to wait until the next morning though to pick him up. we were leaning towards the little guy who was all by himself because we didn't want to split up the mom and baby and at the time we didn't want 2. 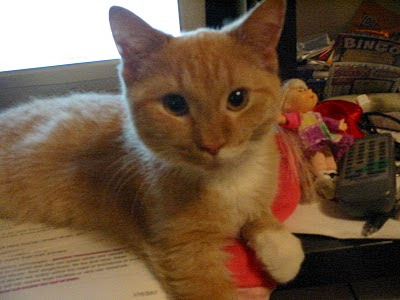 so the next morning my friend and i bused up to petsmart right when it opened and rushed in. turns out someone had adopted the mom and son after we left the night before. that made the choice easy! i adopted anakin (whose name at the time was nelson), bought some kitty supplies and we headed home.

anakin was very shy when we brought him home and he hid under the couch for hours! we finally coaxed him out with a tempting string toy and then he started to get a bit more comfortable. 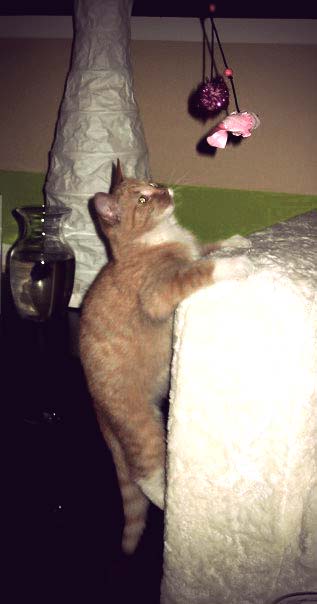 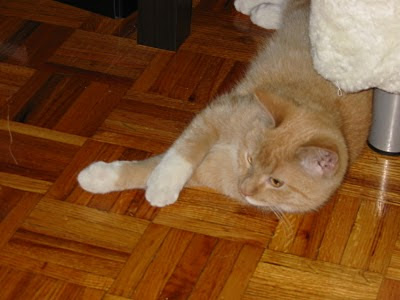 anakin facts:
- he's still a bit shy and he runs and hides when too many people come over or when we vacuum...or just if something spooks him.
- he is very good at answering to his name with a funny half meow and usually comes when he's called
- he doesn't like to be picked up but loves to snuggle if you're sitting on the couch or computer chair.
- he gets mad if i close the bathroom door. he stands outside demanding to be let in
- his nicknames are: dubby, dub, anakin bear, and a few more variations of those, haha.

we love anakin so much! happy birthday dubby! 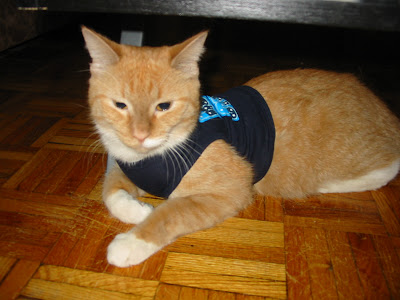 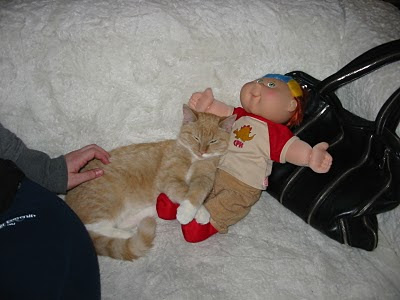 Email ThisBlogThis!Share to TwitterShare to FacebookShare to Pinterest
Labels: cats