Over the weekend Ivan, my mom, Milo and I went to a restaurant/winery/cooking school called The Good Earth for lunch and then ended up staying the whole afternoon because it was so nice and relaxing there. There are tons of gardens, grapevines, fruit trees and supposedly there are hens somewhere but they are extremely free range so we didn't even see them.

Spending the afternoon there totally made Ivan and I want to move to a farm. Visiting is probably a better option for now though because I'm sure that a farm is more work than we even realize and also it would be really expensive. We can dream though!

They had an entire garden bed filled with edible everything (including flowers) so we have officially decided that we will plant some edible flowers next year to make our fruit and veggie garden look a little prettier. Right now it is not much to look at!

Well, Milo and I are off to St. Catharines for the day. We are spending the afternoon there and then visiting a friend. I'm excited!

Have a good day. 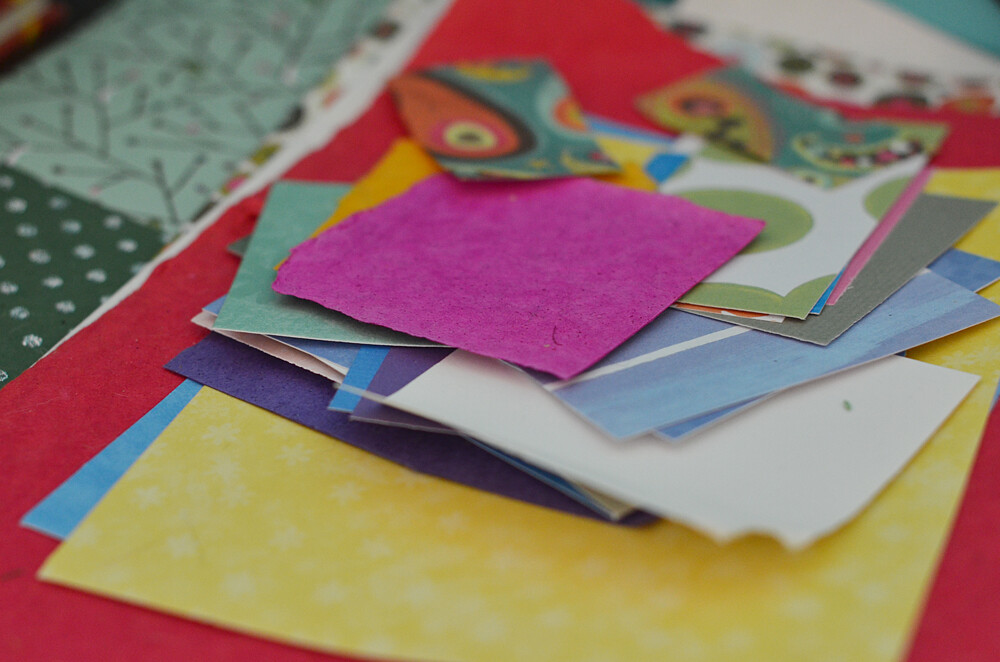 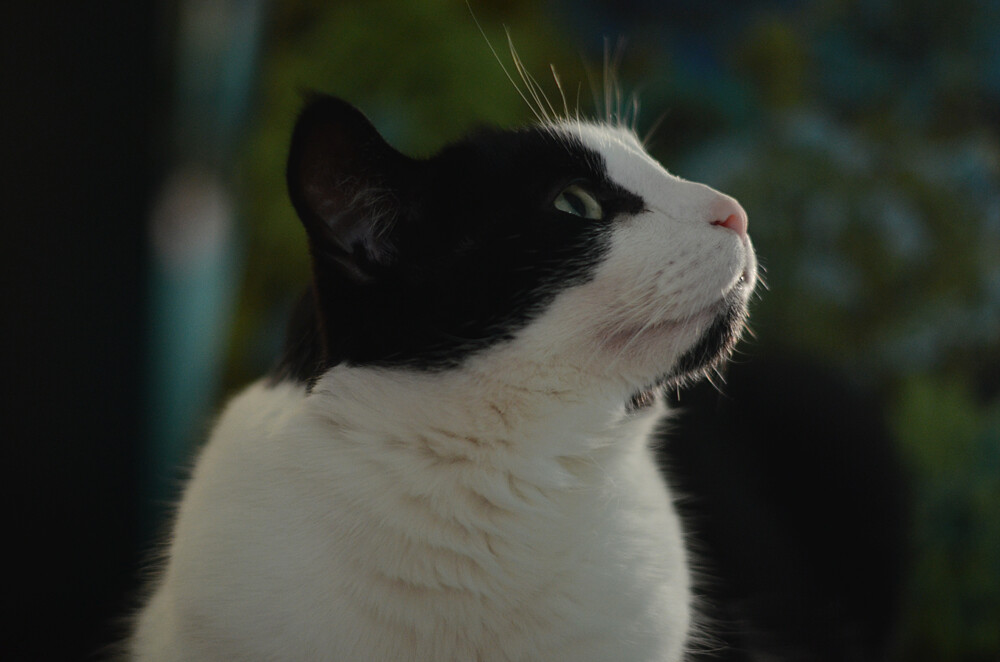 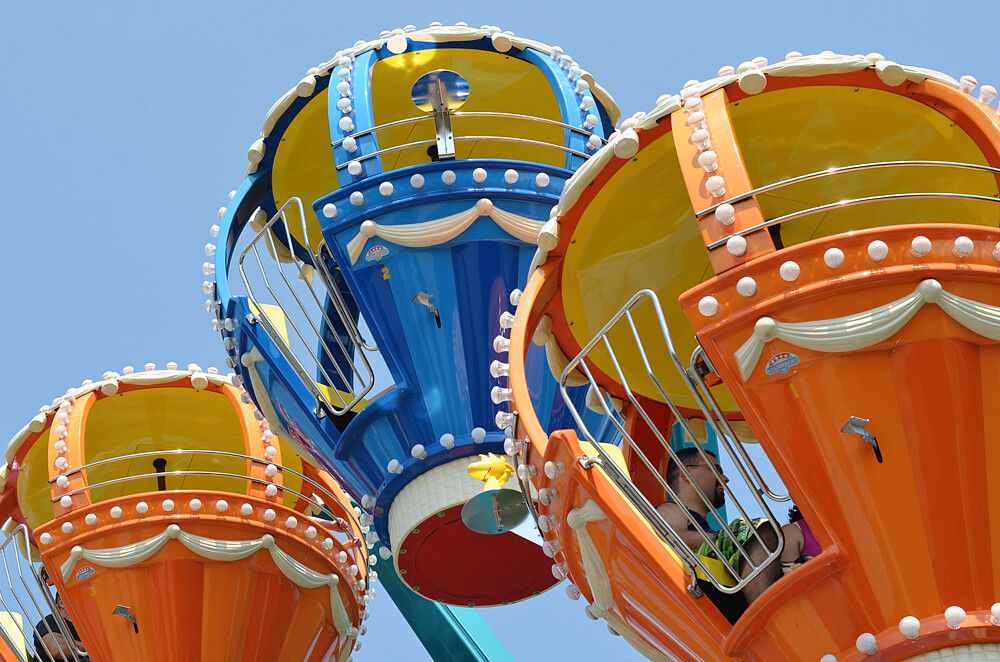 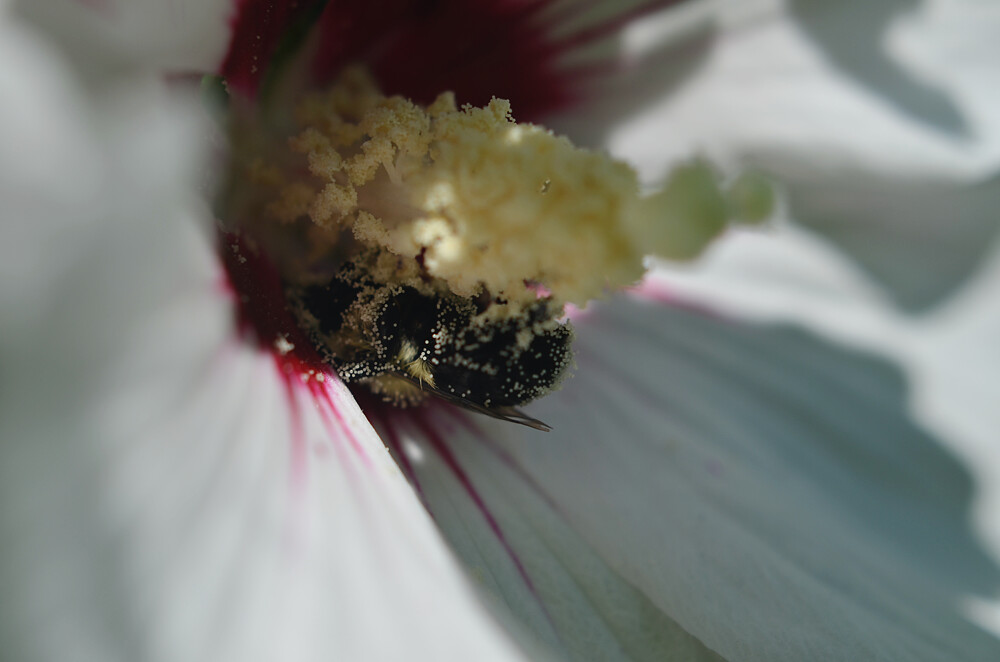 223/365 :: We are in the process of simplifying and the first step is to make our office functional and minimal. 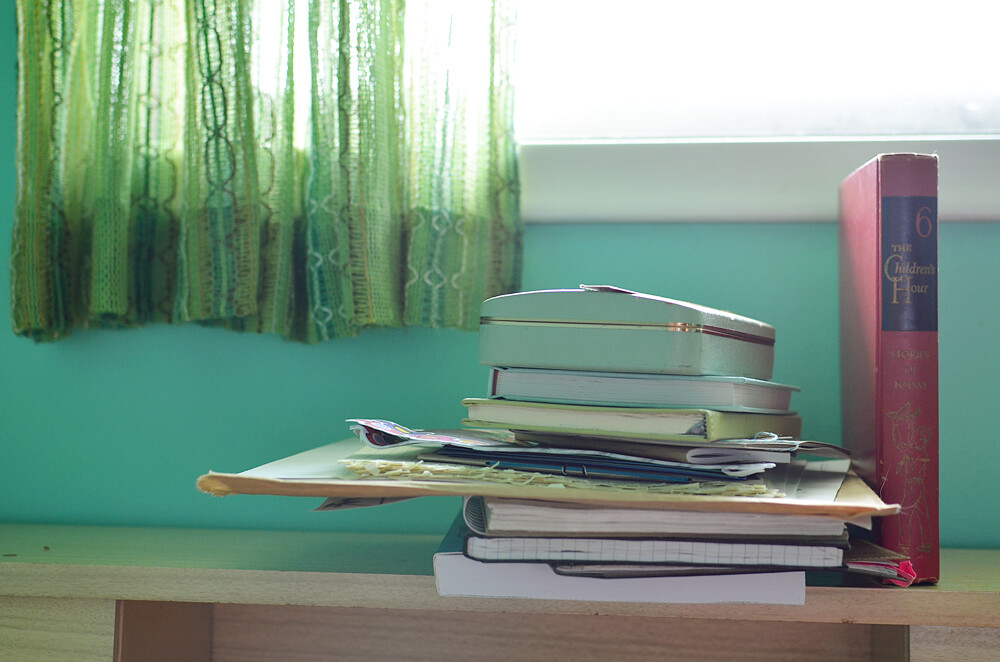 224/365 :: Farva thought this hat needed a little something extra. Cat hair to the rescue. 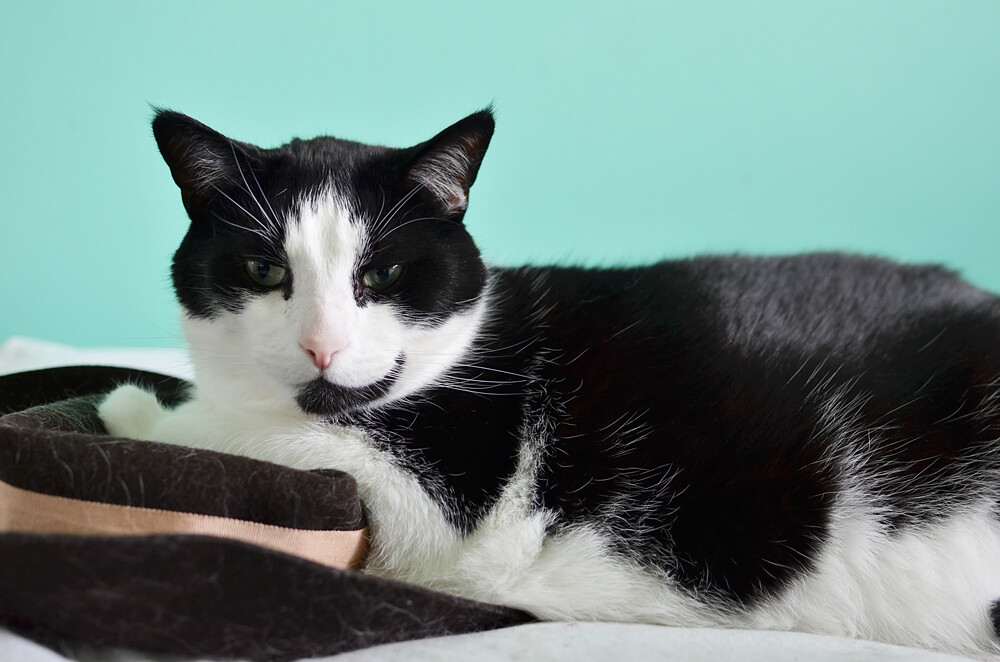 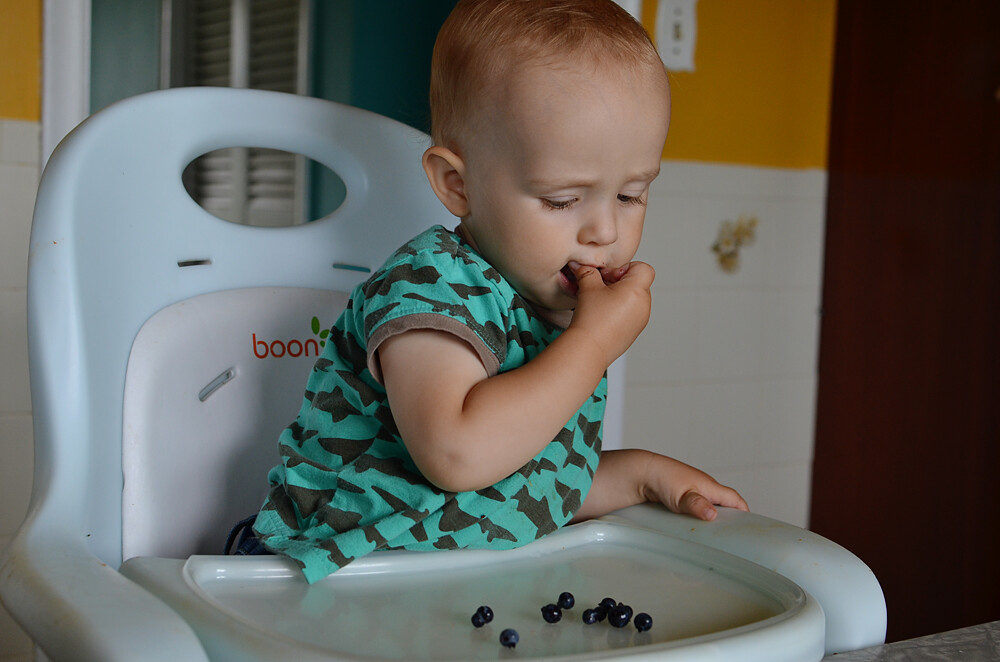 We are having a different week because Ivan is away for work. It's always a bummer when he's not around but we are making it through the week and keeping busy. Tonight after Milo goes to bed my Mom and I are planning on painting the office.

I hope everyone has a good Wednesday!

212/365 :: A sunflower in the evening. Since this photo was taken the plant has fallen over! 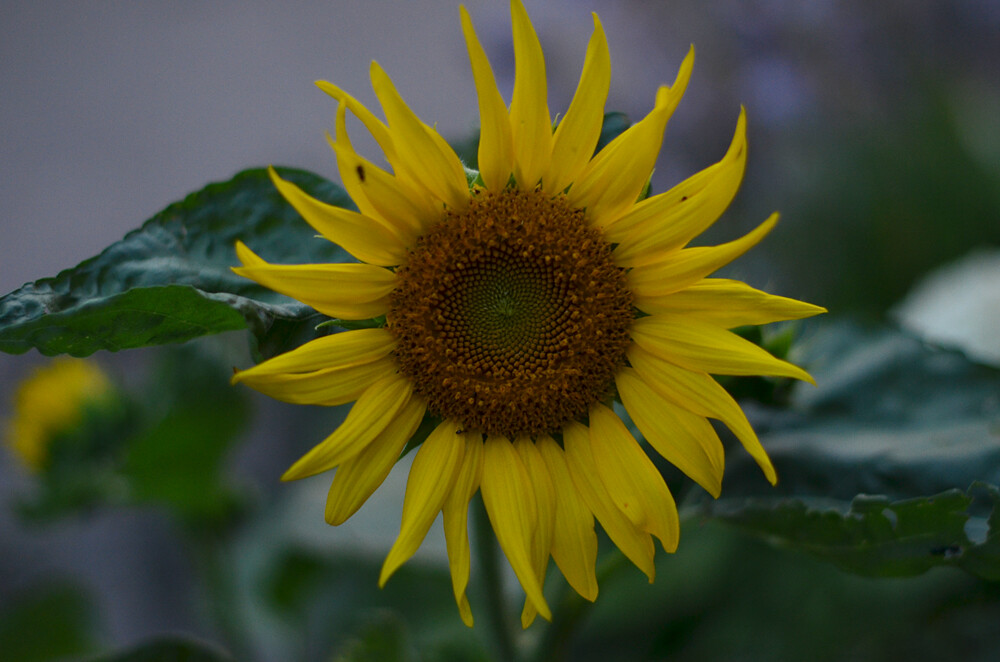 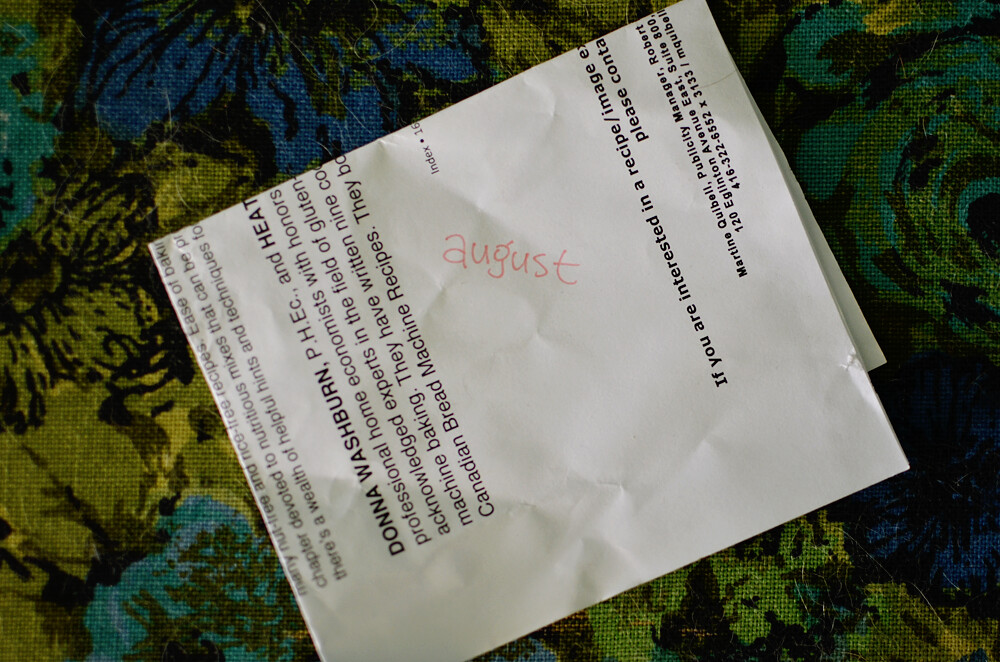 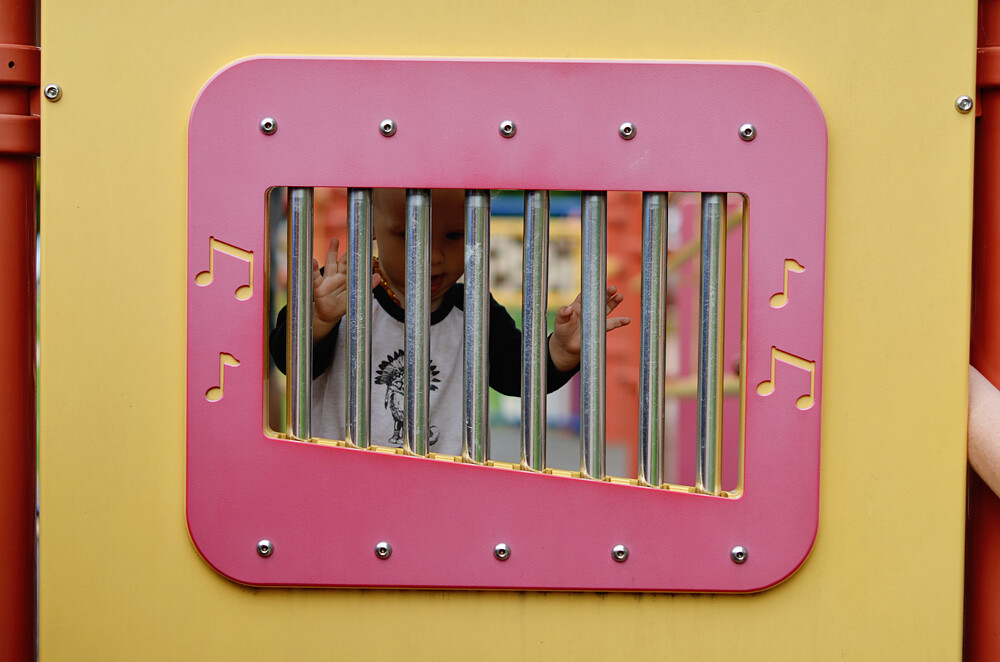 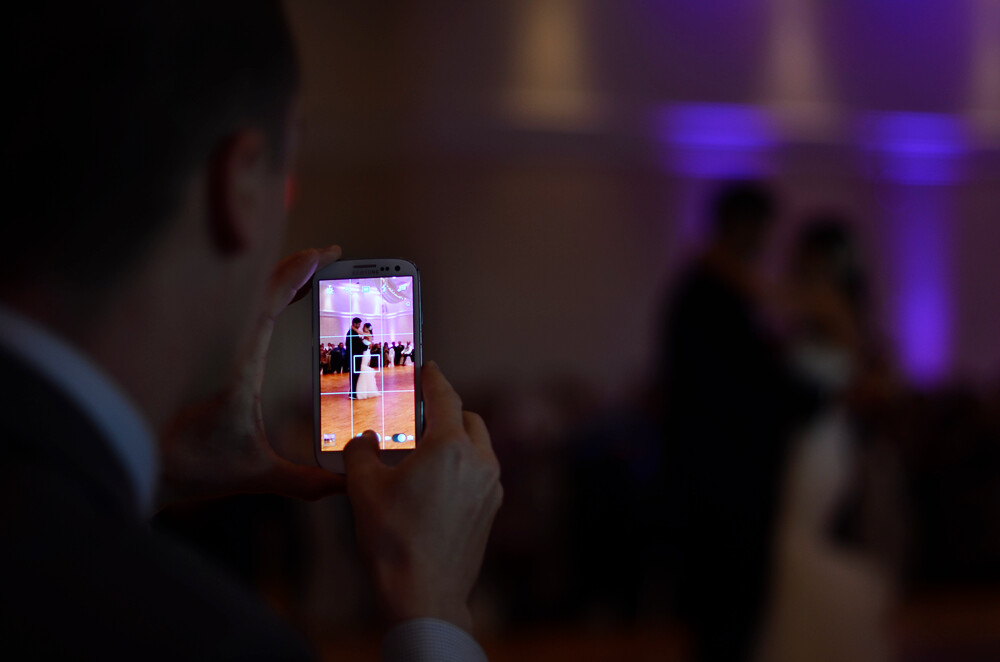 216/365 :: Pinny and Farva were laying together but Farva left when I pulled out the camera. 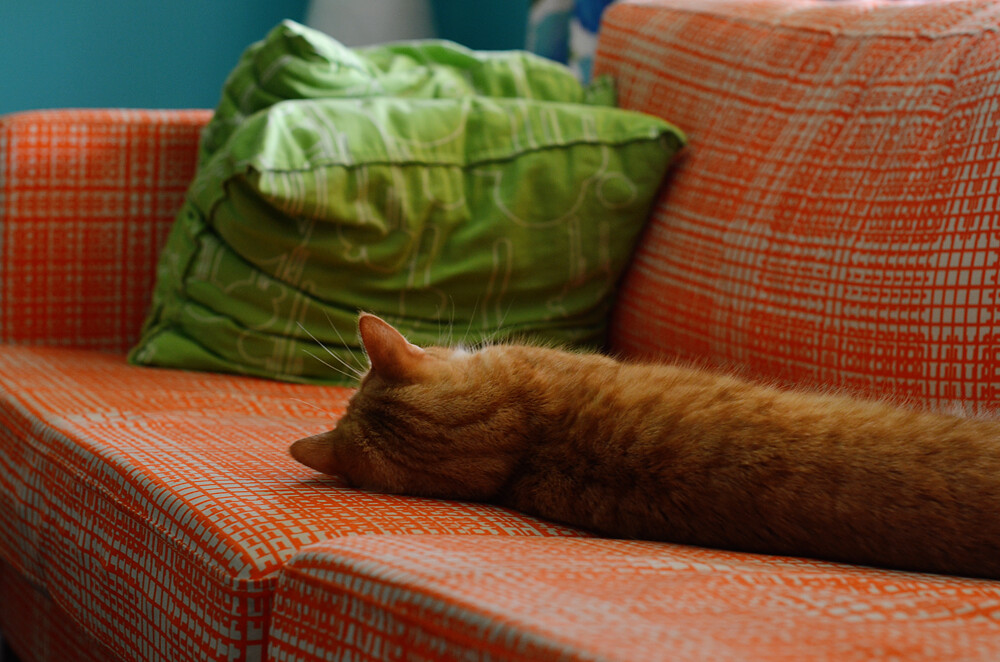 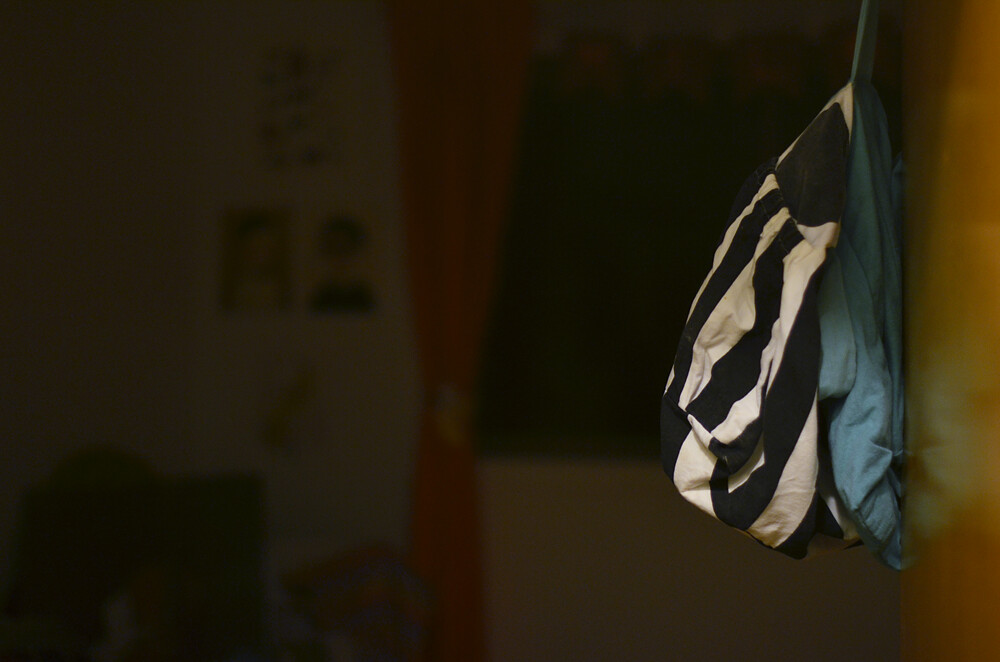 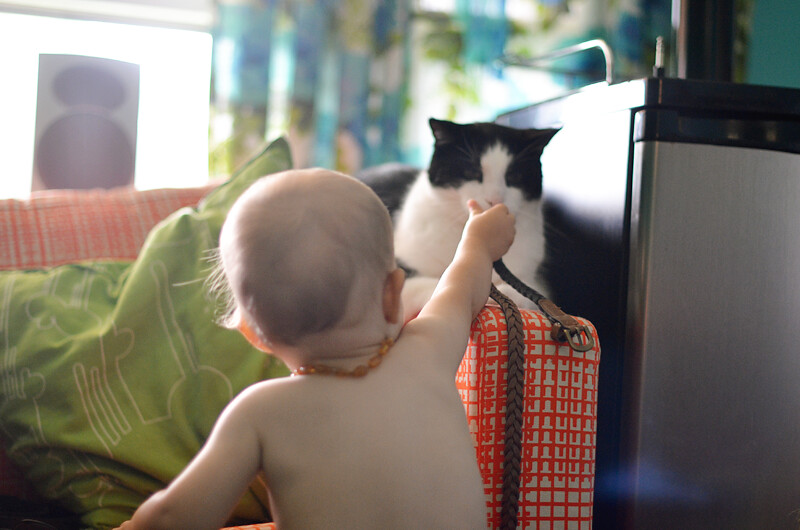 I am still so behind on these. I'm currently up to date on the editing, it's just the posting that I'm having trouble with. Blogging during the day is tricky with Milo because we like to keep busy and naptime is usually reserved for other things. At night I am usually really tired and then if I do end up using my computer I get all wired and have a hard time falling asleep. I'm not complaining at all, it's just that my life is so different from what it used to be and it's not always easy to do everything that I used to do.

How is Tuesday treating you so far?

Photos :: In the Garden

Every year I end up sharing some type of garden photos. This year I saw a bunch of bees around our rose of sharon bushes while I was mowing the lawn so after I finished I pulled out my camera.

I love seeing the bees covered in pollen, it just looks so neat. I think I have probably mentioned before that I almost took these rose of sharon out of the garden. They are along the hedge between our yard and our neighbour's and I'm so glad I left them. The first year we moved in I pulled everything out of the front garden because things were so overgrown and crazy I had no idea what else to do. If you are a garden dummy like me I would really recommend letting everything come up the first year you move into a house just so you can see if there is anything you really like and want to keep. I am sure I pulled some things out that I would have liked.

I seriously can't believe that summer is coming to an end so soon. It really feels like it just began and as much as I love fall I'm not quite ready for it yet because it turns so quickly into winter. Here I am talking about the weather again! I'll stop.

I hope everyone had a really great weekend. We had a fantastic Saturday and I even have some photos to share from our day.

What I Wore :: Cool Days

Having a little preview of cooler weather was kind of nice for a couple days because it let me play around with outfits a bit more. I really feel like I want to start challenging myself to dress a little more interesting again because last week I wore the exact same thing three days in a row because it was the easiest thing to grab. Ooops. I definitely feel a bit perkier when I think about what I'm going to wear rather than just grabbing the first thing that I see. Although sometimes that will still be what's going to happen.

I picked this shirt up a while ago but have only worn it a handful of times. I think I'm ready to commit to it now and I'm sure it will see some more action this fall and winter.

Also, I need to make sure I wear my glasses when I'm editing photos. I did these last night and I was all, "Yeah, that's good" and seeing them today I'm like, "Wait, did I even do anything to these?".

This post contains affiliate links which help me run my blog and contribute to my family. For more info on affiliate links click here. Thank you for your support!
Posted by elycia at 1:04 PM 14 comments:

Over the weekend we took a trip to Canada's Wonderland. I had planned on taking lots of photos but I am starting to realize that I'm really bad at snapping photos of typical photo-op things. We took photos at exactly none of the spots that really say, "hey we're at Canada's Wonderland!". I'm ok with that though because we did capture how Milo usually reacts to new things: with a look of great concern, or concentration maybe.

We learned a few things from the last time we were at an all day walking around type place that made our trip to Wonderland smoother. I will share my wisdom (actually just common sense things that we seem to need to learn the hard way) with you in case you find yourself walking around all day with a baby. Really, I'm just typing this out to remind myself what to do...

1. Use a backpack as a diaper bag. Previously we used my regular over the shoulder diaper bag and it was really uncomfortable to carry around all day.

2. Bring a stroller. We usually just wear Milo in a wrap or our Beco carrier but it was nice to be able to pop him into the stroller when we were travelling longer distances around the park. We also figured that even if he didn't want to stay in the sroller much at least we could carry our water bottles, camera and diaper bag in it. That stuff gets seriously heavy.

3. Bring a carrier. I was really happy to have both the stroller and the carrier. Like I said, we tried to use the stroller when we were walking longer distances but the carrier was handy for walking inbetween and waiting in line for rides. I don't know about your baby (if you have one) but Milo is super hard to hold just in our arms. He usually wants to get down and run around, but pop him in a carrier and he's cool to hang out. The carrier was also handy for when Milo decided that he had had enough of the stroller.

I think that's all I've got. Those were the most important things for us anyways. We actually didn't end up staying too long. We went to the car for a snack and then decided to take off because Milo was ready for a nap and Ivan and I were actually kind of tired too. We were wimps! It was a fun day though and I'm excited for when Milo is old enough to go on some rollercoasters.

PS. Today is Ivan's birthday and he is kind of the best ever. Happy birthday Ivan!!
Posted by elycia at 7:00 AM 4 comments: 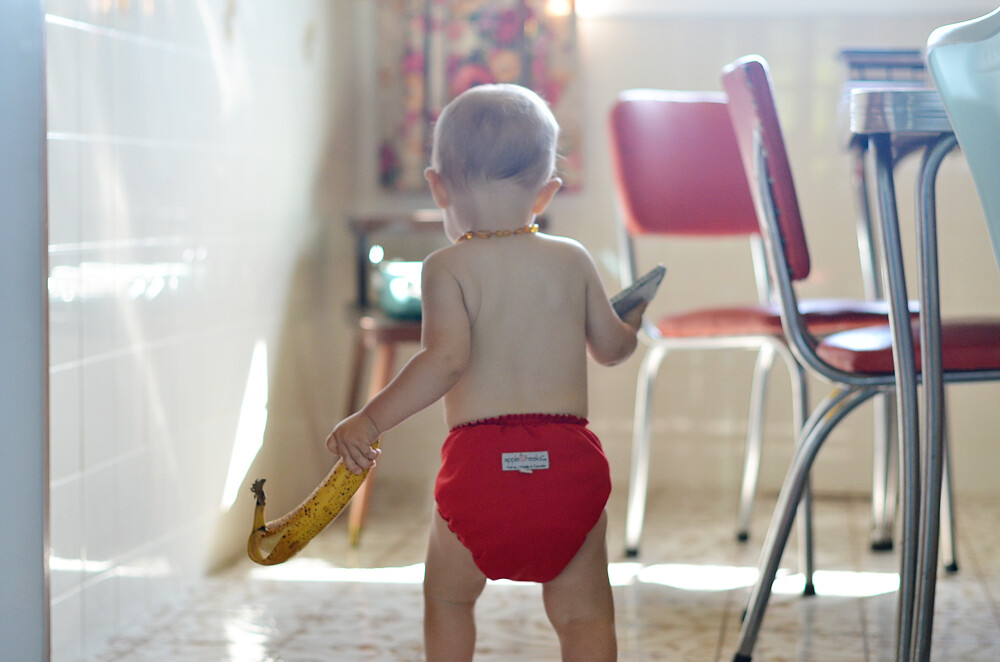 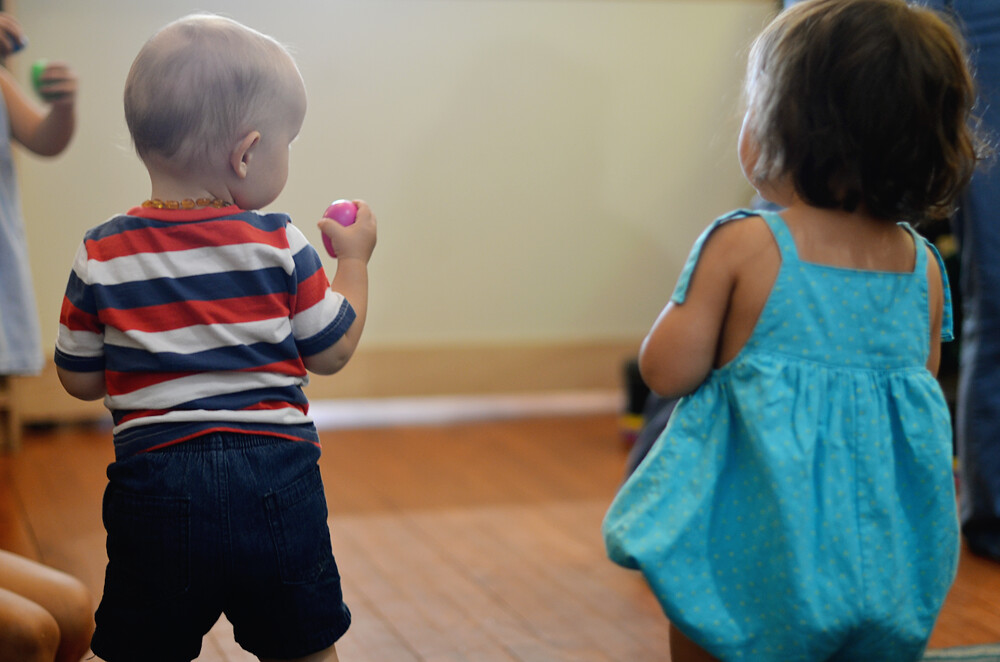 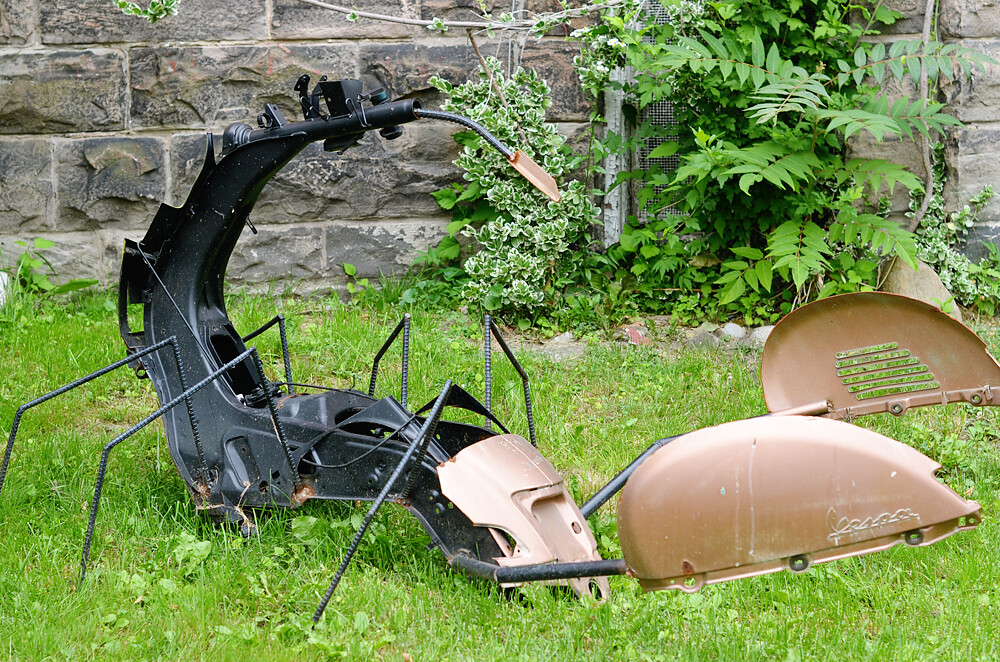 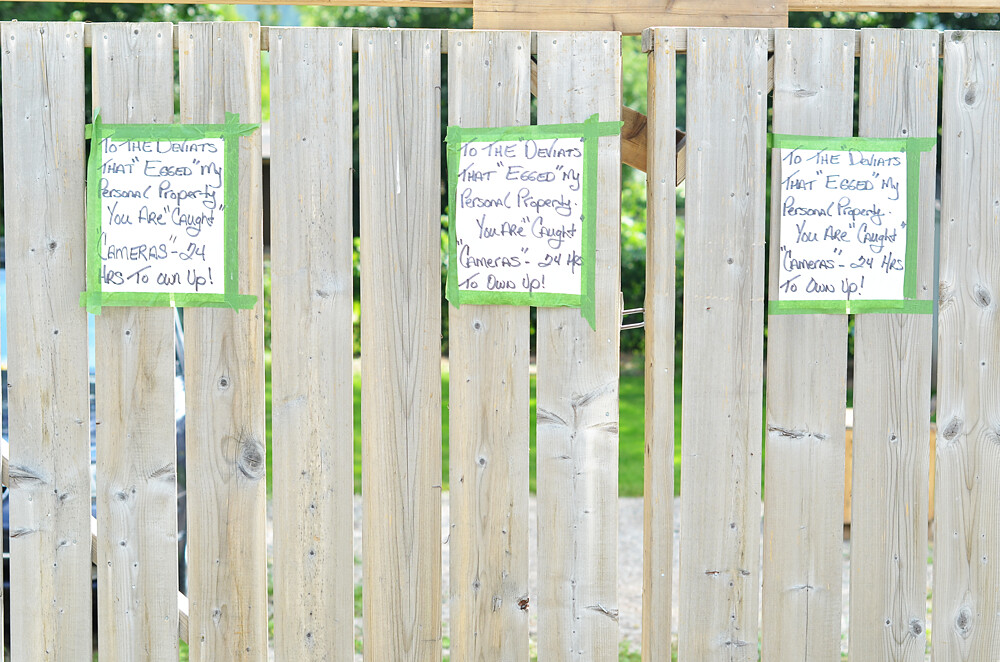 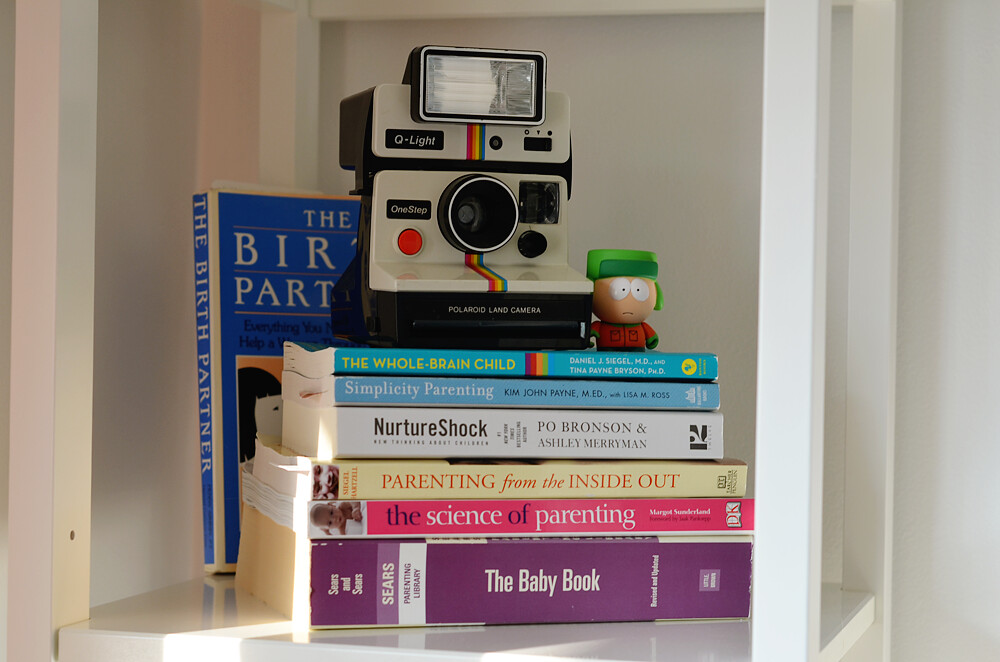 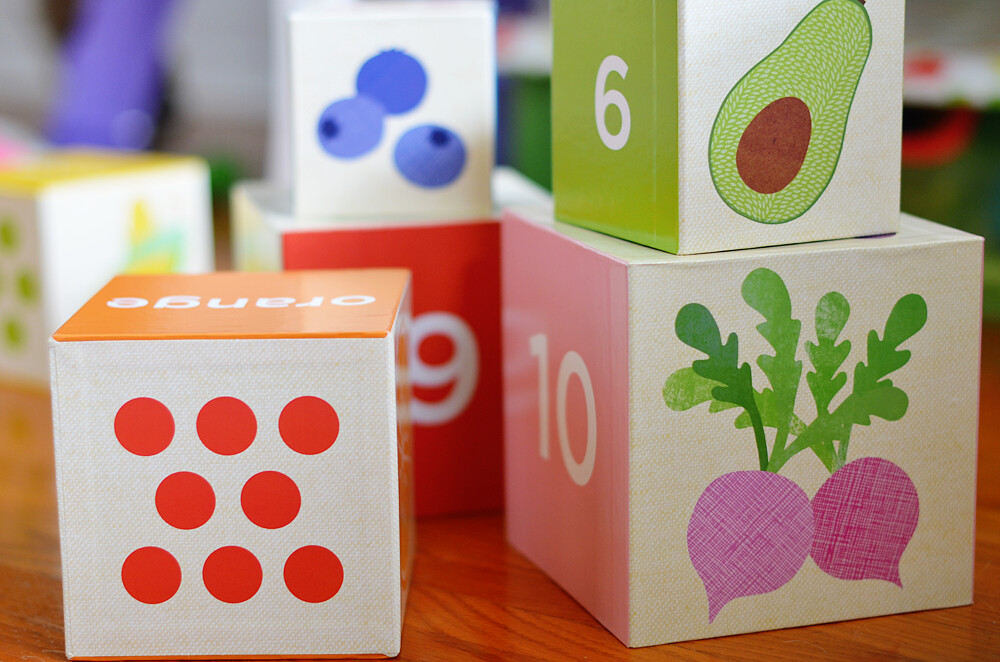 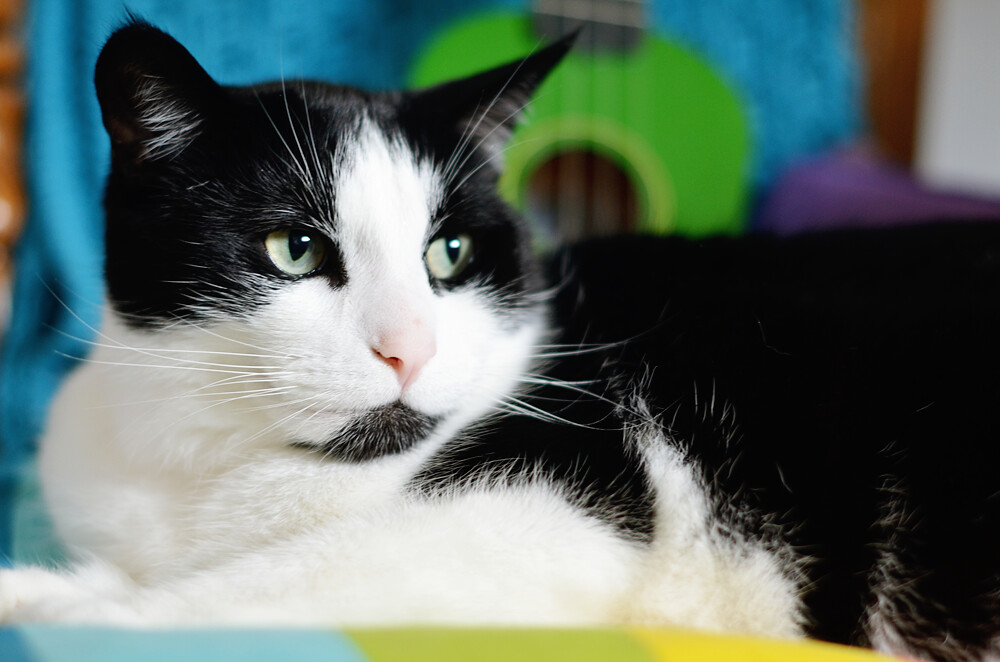 I am feeling really antsy lately to do creative things. The only problem is that I can't decide what I want to do. I have too many options and I just can't choose something so I end up doing nothing. Does anyone else ever have that problem?

I think Milo and I are going to head over to the park in a bit for something to do. Hopefully it doesn't rain!